SAN FRANCISCO—Diego Rivera is back in town. No, not in person. He died in 1957 in Mexico City at the age of 70, but his art was in San Francisco, where he painted murals in 1930 at the Stock Exchange, and again in 1940 at the Golden Gate International Exposition.

Rivera’s art is in the San Francisco Museum of Modern Art (SFMOMA), and while it’s worth seeing, the museum’s official reviews can be obtuse.

Perhaps you look at the art, decide for yourself what you see, think and feel about it, and don’t take MOMA’s interpretations as the final word.

These interpretations, unlike art, are not signed. Whoever wrote them didn’t know how to talk intelligently about Rivera’s radical politics and his radical way of looking at the world and representing it in murals and paintings.

The museum admits that Rivera was a communist. It does not hide this fact, as other museums have done in the past, although it also aims to sanitize Rivera, to make him less revolutionary than he was in person and on the walls and canvases, and also berates him for what museum staff perceive. like his sexism in a painting that depicts women bathing and washing clothes in the Tehuantepec River.

Nude figures have breasts. “Today,” the text that accompanies the painting reads: “We should be more critical of Rivera’s eroticization of these indigenous figures, who are part of a larger cultural tradition in which women from so-called exotic places – Andalusia, Algeria – were objectified by white European artists, writers and intellectuals, almost always men.

The museum seems to be aiming to cover its own butt and not expose itself to criticism from critics who might castigate the inclusion of the nude women.

Yes, Rivera was a man, but he was Mexican, not a white European. He viewed the native inhabitants of Mexico as sexual beings, but it is possible to see and realize that he did not eroticize them or turn them into exotic characters.

The museum does not take him to task for a painting that depicts two women making tortillas, although it could have criticized him for tying tortilla-making exclusively to women.

In Mexico, as elsewhere, some jobs and tasks were once tied to women, others to men. This is how the cookie of the genre fell apart.

The museum also explains that some of Rivera’s works were not “too anti-capitalist” as paranoid North Americans feared. But look closely and you’ll probably see that Rivera tended to empathize workers, but not capitalists or members of the bourgeoisie.

True, he painted a portrait of Edsel Ford, Henry Ford’s son, but in his jacket, white shirt and blue tie, his rather stiff and hard body, Edsel seems more mechanical than human.

In “Pan American Unity”, Rivera’s “America” ​​includes both hemispheres, North and South, and implicitly rejects the idea that the United States and no other part of the “New World” was the true and true America.

For Rivera, as his art shows, workers created the wealth of society. They provided the foundation upon which everything else was built. In this sense, his work is Marxist and perhaps even explicitly Communist.

In 1933, in New York, Rivera painted two small murals for the Communist League of America, a Trotskyist organization, which depicted both Lenin, in the background, and Trotsky in the foreground.

Rivera also commemorated the hammer and sickle in his art, and let’s not forget that in 1934 the Rockefellers destroyed the mural they had commissioned in 1932 that was planned for Rockefeller Center in New York.

Who said Russians under Stalin were the only ones to censor politically charged art?

I grew up in a leftist family and was introduced to Rivera’s work when I was little. When I was living in Mexico City in 1975, I went everywhere looking for his murals, and years later when I visited friends in Guanajuato, where Rivera was born in 1886, I saw the small museum that honors him and his work.

The SFMOMA exhibit reveals that Rivera was technically brilliant and mastered his craft as well as Michelangelo mastered his during the Italian Renaissance.

The exhibition includes portraits of Rivera as well as his murals and demonstrates convincingly that his small canvases were made with as much expertise as his large works.

His portrait of his second wife, Guadalupe “Lupe” Marin, who predeceased Frida Kahlo, is a masterpiece. You can’t look at it and not feel how much Rivera felt for her.

Perhaps my favorite piece in the SFMOMA show is “The Flower Carrier” from 1935 which depicts a small Mexican man on his hands and knees, with a huge basket of flowers on his back while a taller woman aims to balance the weight.

Another piece shows a barefoot woman carrying an immense burden. You can smell her and hear her moan.

The exhibition runs at SFMOMA until January 2, 2023. 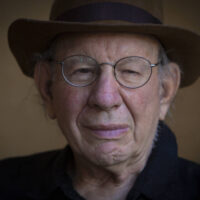