The Akron Art Museum is celebrating its centennial on the heels of a small fire, its director’s controversial departure and high staff turnover — and that was just during COVID. The museum is turning inward with a new Diversity, Equity and Inclusion initiative as well as the relocation of its galleries.

“You usually see about 3% of a museum’s collection, that’s usually what’s visible,” said senior curator Jared Ledesma. “This resettlement This is the first time we’ve finally moved a lot of these objects, taking them out of sight.

Pieces such as “Linda” by Chuck Close are now in storage while Ledesma has released other works from the 7,500-piece collection. He spent his first year on the job organizing the building into themes such as ‘The Beyond and the Fantasy’, ‘The Political Landscape’ and ‘Images of Darkness’. The latter is where visitors can see “Girlfriends and Lovers” from Mickalene Thomas.

Ledesma moved the artwork to a more central location and said it shows how the artist subverts a story that has been “very white-centric”.

“[When] we think of a historical painting of a model or a muse, what comes to mind is a white nude woman…being the subject of our gaze,” he said as he struck a pose. “Mickalene uses her own gaze as a queer black woman when looking at her models and portrays them as very strong and portraying that type of black femininity.”

Ledesma acknowledges that there are currently no black staff members, but he hopes to make his team more diverse in the future. And he spotlights pieces that speak to his identity as a queer Latino, like a haunting painting by Chicago-based artist Herman Aguirre. 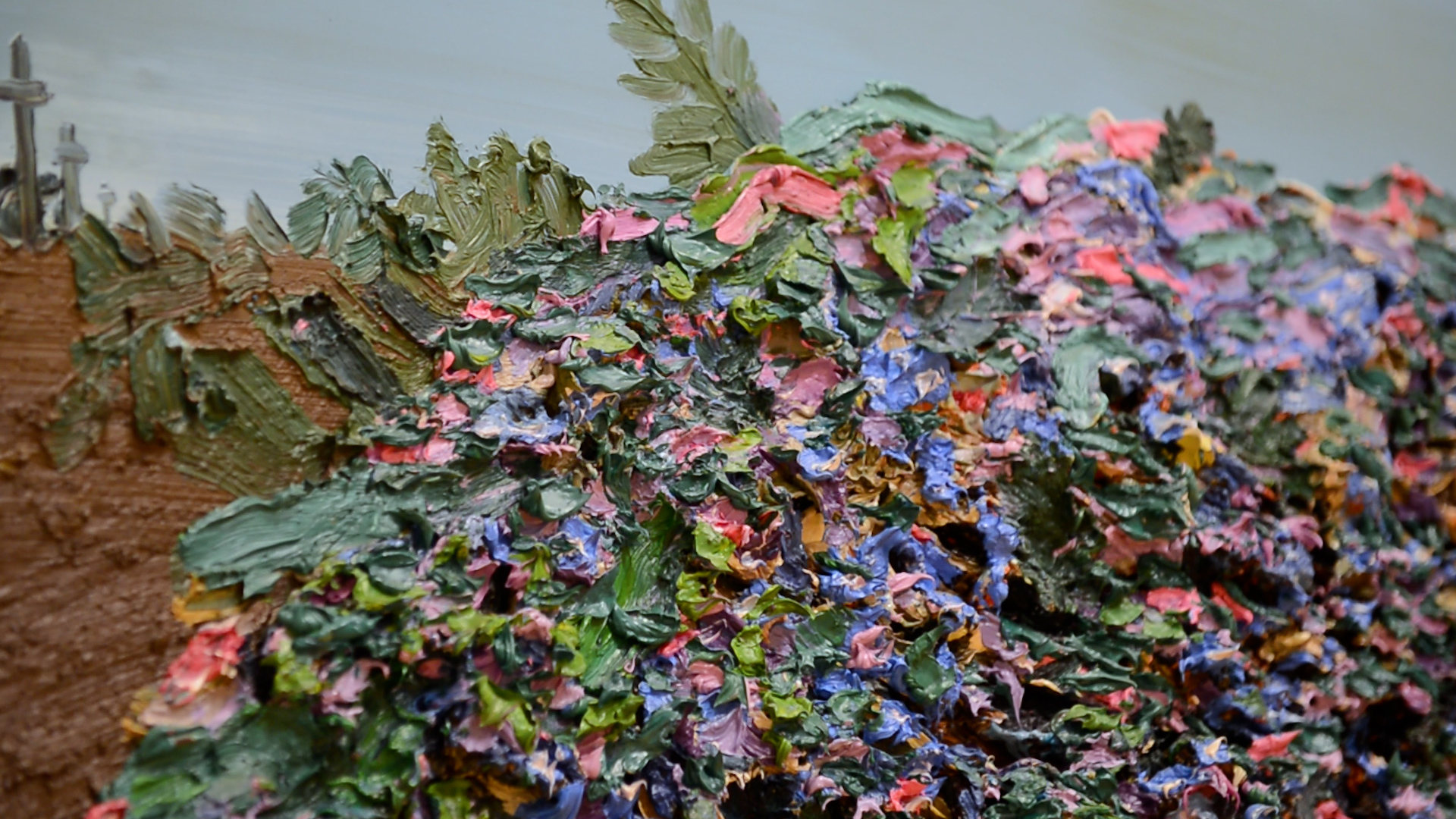 Ledesma was from the Des Moines Art Center, and he said it was important to him that “this museum in Akron represents his community.” A year before he arrived, museum director Mark Masuoka resigned amid allegations of bullying, racism and sexism. Since then, staff members have formed a Diversity, Equity, Accessibility and Inclusion committee.

“We talk about a very wide range of topics,” Ledesma said. “Diversifying our workforce, and how do we do that? We talk about issues with gallery displays and accessibility…thinking about the font size of our labels for the visually impaired, the height at which they are displayed.

Ledesma said the committee’s focus aligns with changes in cultural institutions near and far.

“Since the murder of George Floyd, many museums in particular have been under pressure to be sort of artifacts of colonialism and collections that are mostly made up of cisgender heterosexual white men and – including us – looking at our collection. So we really wanted to show that we have works by people of color in the collection. [and] by female artists.